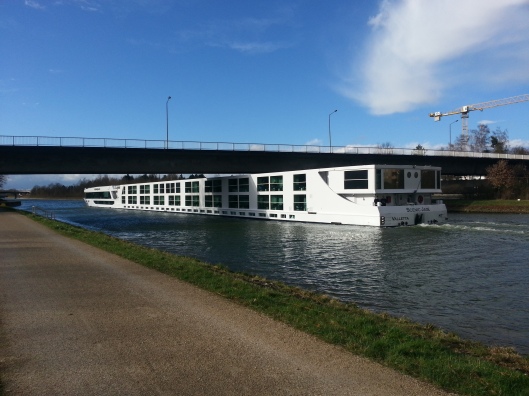 If I had not believed in the possibility of enjoying God’s joy and peace on a permanent basis, I would not have dared to write one word about it. Despite struggling with falling in and out of such a desirable spiritual condition, I could not help searching and knocking on Heaven’s door to, please, let me in and to give me what I wanted. If God had been a man, He would have certainly been stressed out by a woman who had asked Him almost daily – for two decades – to give her a certain blessing as we find it described in the Parable of Persistent Widow (cf. Lk 18:1-8). But thank God, He is not a man and loves to be asked until He gives us graciously what only He can give.

Paul in his letter to the Philippians writes several times about the capability to rejoice in the Lord in ALL circumstances. We might think here, for example, about Paul’s and Silas’ experiences of how the Philippian jailer had been converted as it is written in Acts.

“And when they had laid many stripes upon them, they cast them into prison, charging the jailer to keep them safely: Who, having received such a charge, thrust them into the inner prison, and made their feet fast in the stocks. And at midnight Paul and Silas prayed, and sang praises unto God: and the prisoners heard them.” (Acts 16:23-25 ESV)

God brought Paul and Silas into a situation of which no human being would see a reason to be glad about. The natural mind would run from being beaten and thrown into prison – innocent at that! That was not “normal” how Paul and Silas reacted, was it…? But God shows His wisdom in doing exactly the opposite of what we as human beings would expect Him to do. Of course, there was also a miracle (the earthquake through which the prisoners were freed) that followed their nocturnal praise in prison, however, for me it is a greater miracle what God had done inside of those two Christians. Looking a bit closer to Paul’s letter to the Philippians, we read,

I want to offer to you now a longer excerpt from Alexander MacLaren’s exposition of the aforementioned verse and I do hope you might find his notes enlightening, too.

I. So, then, the first thought that suggests itself to me from these words is this, that close union with Jesus Christ is the foundation of real gladness.

Pray note that ‘the Lord’ here, as is usually the case in Paul’s Epistles, means, not the Divine Father, but Jesus Christ. And then observe, again, that the phrase ‘Rejoice in the Lord’ has a deeper meaning than we sometimes attach to it. We are accustomed to speak of rejoicing in a thing or a person, which, or who, is thereby represented as being the occasion or the object of our gladness. And though that is true, in reference to our Lord, it is not the whole sweep and depth of the Apostle’s meaning here. He is employing that phrase, ‘in the Lord,’ in the profound and comprehensive sense in which it generally appears in his letters, and especially in those almost contemporaneous with this Epistle to the Philippians. I need only refer you, in passing, without quoting passages, to the continual use of that phrase in the nearly contemporaneous letter to the Ephesians, in which you will find that ‘in Christ Jesus’ is the signature stamped upon all the gifts of God, and upon all the possible blessings of the Christian life. ‘In Him’ we have the inheritance; in Him we obtain redemption through His blood, even the forgiveness of sins; in Him we are ‘blessed with all spiritual blessings.’ And the deepest description of the essential characteristic of a Christian life is, to Paul, that it is a life in Christ.

It is this close union which the Apostle here indicates as being the foundation and the source of all that gladness which he desires to see spreading its light over the Christian life. ‘Rejoice in the Lord’–being in Him be glad.
[…]
The man that knows where to get anything and everything that he needs, and to whom desires are but the prophets of instantaneous fruition; surely that man has in his possession the talismanic secret of perpetual gladness. They who thus dwell in Christ by faith, love, obedience, imitation, aspiration, and enjoyment, are like men housed in some strong fortress, who can look out over all the fields alive with enemies, and feel that they are safe. They who thus dwell in Christ gain command over themselves; and because they can bridle passions, and subdue hot and impossible desires, and keep themselves well in hand, have stanched one chief source of unrest and sadness, and have opened one pure and sparkling fountain of unfailing gladness. To rule myself because Christ rules me is no small part of the secret of blessedness. And they who thus dwell in Christ have the purest joy, the joy of self-forgetfulness. He that is absorbed in a great cause; he whose pitiful, personal individuality has passed out of his sight; he who is swallowed up by devotion to another, by aspiration after ‘something afar from the sphere of our sorrow,’ has found the secret of gladness. And the man who thus can say, ‘I live: yet not I, but Christ liveth in me,’ this is the man who will ever rejoice. The world may not call such a temper gladness. It is as unlike the sputtering, flaring, foul-smelling joys which it prizes–like those filthy but bright ‘Lucigens’ that they do night work by in great factories–it is as unlike the joy of the world as these are to the calm, pure moonlight which they insult. The one is of heaven, and the other is the foul product of earth, and smokes to extinction swiftly.

II. So, secondly, notice that this joy is capable of being continuous.

‘Rejoice in the Lord always,’ says Paul. That is a hard nut to crack. I can fancy a man saying, ‘What is the use of giving me such exhortations as this? My gladness is largely a matter of temperament, and I cannot rule my moods. My gladness is largely a matter of circumstances, and I do not determine these. How vain it is to tell me, when my heart is bleeding, or beating like a sledge-hammer, to be glad!’ Yes! Temperament has a great deal to do with joy; and circumstances have a great deal to do with it; but is not the mission of the Gospel to make us masters of temperament, and independent of circumstances? Is not the possibility of living a life that has no dependence upon externals, and that may persist permanently through all varieties of mood, the very gift that Christ Himself has come to bestow upon us–bringing us into communion with Himself, and so making us lords of our own inward nature and of externals: so that ‘though the fig-tree shall not blossom, and there be no fruit in the vine,’ yet we may ‘rejoice in the Lord, and be glad in the God of our salvation.’ If a ship has plenty of water in its casks or tanks in its hold, it does not matter whether it is sailing through fresh water or salt. And if you and I have that union with Jesus Christ of which my text speaks, then we shall be, not wholly, but with indefinite increase of approximation towards the ideal, independent of circumstances and masters of our temperaments. And so it is possible, if not absolutely to reach this fair achievement of an unbroken continuity of gladness, at least to bring the lucent points so close to one another as that the intervals of darkness between shall be scarcely visible, and the whole will seem to form one continuous ring of light.

Brother, if you and I can keep near Jesus Christ always–and I suppose we can do that in sorrow as in joy–He will take care that our keeping near Him will not want its reward in that blessed continuity of felt repose which is very near the sunniness of gladness. For, if we in the Lord sorrow, we may, then, simultaneously, in the Lord rejoice. The two things may go together, if in the one mood and the other we are in union with Him. The bitterness of the bitterest calamity is taken away from it when it does not separate us from Jesus Christ. And just as the mother is specially tender with her sick child, and just as we have often found that the sympathy of friends comes to us, when need and grief are upon us, in a fashion that would have been incredible beforehand, so it is surely true that Jesus Christ can, and does, soften His tone, and select the tokens of His presence with especial tenderness for a wounded heart; so as that sorrow in the Lord passes into joy in the Lord. And if that be so, then the pillar which was cloud in the sunshine brightens into fire as night falls on the desert.

“Now the God of hope fill you with all joy and peace in believing, that ye may abound in hope, through the power of the Holy Ghost.” (Rom 15:13 KJV)

30 thoughts on “Continuous Joy and Peace?”