agony, Charles H. Spurgeon, comfort, darkness, death, dying to self, experience, Jesus Christ, light, pain, peace, the cross, the dark night of the spirit, the valley of the shadow of death 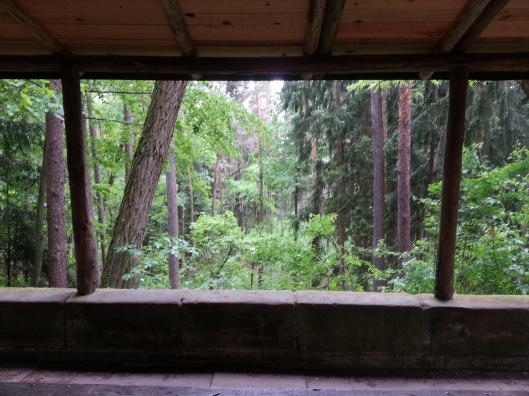 Covered under His Wings…
(Photo by Susanne Schuberth)

The following Scripture both refers to the believer who faces physical death as it refers to the one who was chosen by God to walk through that same valley while He is still alive on earth.

“Yea, though I walk through the valley of the shadow of death, I will fear no evil: for thou art with me; thy rod and thy staff they comfort me.” (Ps 23:4 KJV)

Jesus confirmed those two different possibilities of dying when He answered Martha,

“I am the resurrection and the life. Whoever believes in me, though he die, yet shall he live, and everyone who lives and believes in me shall never die. Do you believe this?” (Jn 11:25-26 ESV)

Although I am aware of the fact that most expositions on the latter verse where Jesus mentioned the one who lived believing in Him that should never die point to the second death (which is eternal), I believe that Jesus also pointed out the possiblity to enter His kingdom while still living in this world.

I found the following thoughts from Charles Spurgeon quite helpful and enlightening as for explaining the valley of death in which we meet tormenting fears we might have suppressed all our life. However, God meets us there in a new way and we learn to be patient despite stormy weathers and horrible attacks by Satan. God is greater than all our fears might ever be. Yet I need to admit that it is anything but fun – it is horrible (!) – to say YES to that process of dying to our self-will and let God do with us as He sees fit. As soon as He has helped us accept His ways of killing the self, peace sets in. Let’s read Spurgeon’s thoughts on this issue now.

Verse 4. […] Observe that it is not walking in the valley, but through the valley. We go through the dark tunnel of death and emerge into the light of immortality. We do not die, we do but sleep to wake in glory. Death is not the house but the porch, not the goal but the passage to it. The dying article is called a valley. The storm breaks on the mountain, but the valley is the place of quietude, and thus full often the last days of the Christian are the most peaceful of his whole career; the mountain is bleak and bare, but the valley is rich with golden sheaves, and many a saint has reaped more joy and knowledge when he came to die than he ever knew while he lived.

And, then, it is not “the valley of death,” but “the valley of the shadow of death,” for death in its substance has been removed, and only the shadow of it remains. Someone has said that when there is a shadow there must be light somewhere, and so there is. Death stands by the side of the highway in which we have to travel, and the light of heaven shining upon him throws a shadow across our path; let us then rejoice that there is a light beyond. Nobody is afraid of a shadow, for a shadow cannot stop a man’s pathway even for a moment. The shadow of a dog cannot bite; the shadow of a sword cannot kill; the shadow of death cannot destroy us. Let us not, therefore, be afraid. “I will fear no evil.” He does not say there shall not be any evil; he had got beyond even that high assurance, and knew that Jesus had put all evil away; but “I will fear no evil;” as if even his fears, those shadows of evil, were gone for ever.

The worst evils of life are those which do not exist except in our imagination. If we had no troubles but real troubles, we should not have a tenth part of our present sorrows. We feel a thousand deaths in fearing one, but the psalmist was cured of the disease of fearing. “I will fear no evil,” not even the Evil One himself; I will not dread the last enemy, I will look upon him as a conquered foe, an enemy to be destroyed, “For thou art with me.” This is the joy of the Christian! “Thou art with me.” The little child out at sea in the storm is not frightened like all the other passengers on board the vessel, it sleeps in its mother’s bosom; it is enough for it that its mother is with it; and it should be enough for the believer to know that Christ is with him. “Thou art with me; I have, in having thee, all that I can crave: I have perfect comfort and absolute security, for thou art with me.” “Thy rod and thy staff,” by which thou governest and rulest thy flock, the ensigns of thy sovereignty and of thy gracious care–“they comfort me.” I will believe that thou reignest still. The rod of Jesse shall still be over me as the sovereign succour of my soul.

Many persons profess to receive much comfort from the hope that they shall not die. Certainly there will be some who will be “alive and remain” at the coming of the Lord, but is there so very much of advantage in such an escape from death as to make it the object of Christian desire? A wise man might prefer of the two to die, for those who shall not die, but who “shall be caught up together with the Lord in the air,” will be losers rather than gainers. They will lose that actual fellowship with Christ in the tomb which dying saints will have, and we are expressly told that they shall have no preference beyond those who are asleep. Let us be of Paul’s mind when he said that “To die is gain,” and think of “departing to be with Christ, which is far better.” This twenty-third psalm is not worn out, and it is as sweet in a believer’s ear now as it was in David’s time, let novelty-hunters say what they will.

26 thoughts on “Some Comfort when Confronted with Death”