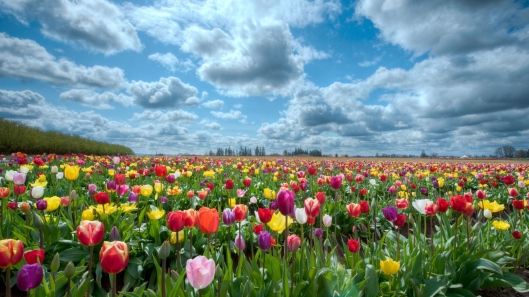 The more we dare to freely admit before God how our real heart condition is and who we really are, the more we will be able to let other people into our hearts as well. The more we understand that we are truly loved without strings attached, the more we will long to show others how much they are loved too.

Indeed, I had an interesting day with God today. Whatever I did and whatever I thought, as soon as I tried to reason away those thoughts of which I thought they were not “Christian”, it did not work any longer. Thank God!! Some might wonder now what I am speaking of here… Well, for instance, as I was biking this afternoon, I saw a woman whom I did not know in a village about 8 miles away from Fürth. She was not doing anything extraordinary but walking on the sidewalk. Immediately, as I felt a judgmental thought about her coming up in my mind, I tried to argue it away as usual with some converse statements that seemed to be more loving to me. Actually, that was the way I used to loudly speak about other people, too. However, those judgmental thoughts that did not come from my mind’s reasoning had always been there in my heart as well, as I clearly saw today. Although I never uttered them, I could not understand other people who did and I for one judged them for doing so. Pheeew! You see I had some of those notorious logs in my eye of which I wrote on here lately. So, what to do?

The solution was easier than one could have ever imagined. It was clear to me that feelings that spring from my heart can’t be removed by my seemingly “sound” thoughts alone since I had tried the method of “positive thinking” for quite some time in the past and it did not work at all. If it had worked, I would have never needed God’s Spirit to change me. Well, to cut a long story short, whenever I felt some of those unnerving and judgmental thoughts popping up in my mind today, I simultaneously felt God nudging me to let them be there and accept them. That was new to me, at least regarding Christian matters since I had read in psychological works and in Eastern meditation literature about that before. I also remember that it worked for a short time when I had practiced ZEN mediation that I felt relieved for a certain time. But I needed hours to get into such a condition which only lasted for a few minutes. That was exhausting!!  😛 How much easier it was with God today. In a nutshell: Bad thought arises, God says, “Let it be,” and I have been plunged into deep peace and joy, simply because of doing what God said. Wow!!! Who would have thought that being changed by God includes accepting the bad side in us? Were we not taught that we should HATE what we see in ourselves? Although I do not like it yet when I get aware of bad thoughts, I now know when I expose them before God, He will remove them and give me good things instead of that Old Adam and Eve stuff. ALL GOOD THINGS COME FROM ABOVE… Now I know it, thank God! 🙂

Ha! In closing, I just had a sort of reckless thought. As God in the OT and Jesus in the NT told us to love our neighbors as ourselves, have we ever thought about the possibility that this love includes the evil we might see in us and others? Although I know that I will never love sin anymore because of His Spirit in me, I know that I need a completely new heart that has been enabled to love as God loves. And I believe I won’t get it before I accept the depravity of my own heart just as I accept it in others. Replace acceptance with “love” and you have the second commandment which is just as important as the first one – without which the second can’t be fulfilled ever.

For the whole law is fulfilled in one word: “You shall love your neighbor as yourself.” (Gal 5:14 ESV)

Brothers and sister, why not becoming spiritual law fulfillers by accepting the dark side of life in us which will sooner or later certainly be enlightened by God?

28 thoughts on “When the horizon opens up…”