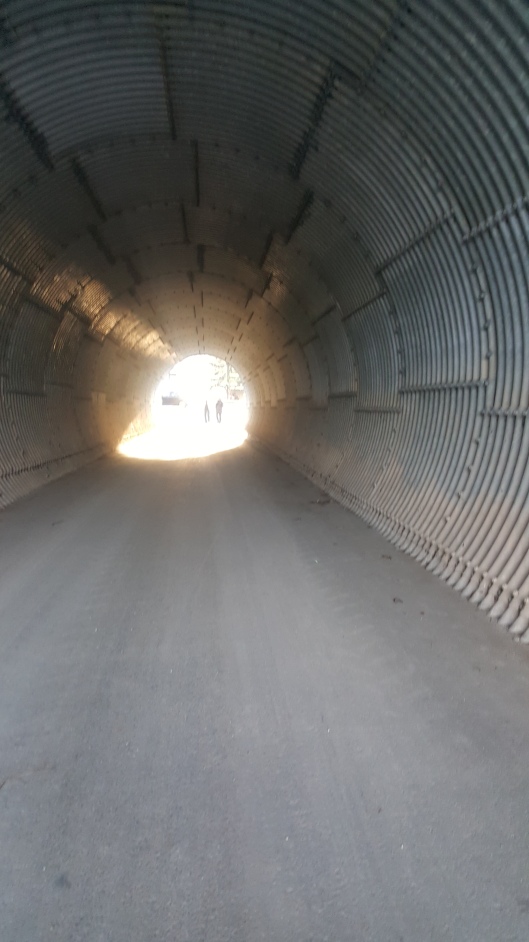 It was not my intention to write a new blog post today and I hoped this would turn out a short one, but I thought I should share my recent experiences on the internet with you. In fact, I was simply searching for ANY other blog that deals with the cross of Christ on a personal basis. I truly wondered whether there might be a handful of such blogs nowadays. Here’s what I found out.

You can be sure that you will find countless blogs that deal with the cross of Christ on the basis of what He once did for us, i.e., that He saved us from our sins in general. But you will find less writings that tell you something about how His Cross might affect us in our personal lives today (am speaking about killing sin in us through the Holy Spirit, for example). Often times writers seem to agree with the formula, “Jesus did it all, so let’s simply talk about it and go on with living our lives as we did before.” Well, that was not really new to me. What amazed me, instead, was the fact that I found a website, not a blog, where they shared some deep truth about the cross of Christ. But as I thought about copying and pasting an excerpt, alas, I could not find the author of this article. In order to find out the original text I did the following: I copied a longer and striking sentence and pasted it on Google Search. It was this one.

“When Jesus carried His cross up Golgotha to be crucified, no one was thinking of the cross as symbolic of a burden to carry.”

What happened next? Searching for this particular sentence, confusion set in since I found this text with the same wording on several blogs, in a PDF, and on websites as well. And not only this sentence! It was almost always the same long text and, believe it or not, although some people mentioned the presumed author (a website, not a person), other people did as if that whole article or parts of it had been their own writing. This really saddened me because I wondered how many people who drop by and see the truth written on a site might be led to the conviction that the (false) author might really live a (holy) life where the cross of Christ reveals its effects daily. Indeed, deception always begins with a seemingly little lie in people’s eyes as they are tempted to think, ‘What many people do (on the net) can’t be thaaat wrong…’ Once we allow such thoughts and finally as we have given in to such temptations, our hearts get hardened over time and we cannot sense the wrong about sins committed by us and others, either. As the author of Hebrews tells us,

“Take care, brothers, lest there be in any of you an evil, unbelieving heart, leading you to fall away from the living God. But exhort one another every day, as long as it is called “today,” that none of you may be hardened by the deceitfulness of sin. For we have come to share in Christ, if indeed we hold our original confidence firm to the end. As it is said, “Today, if you hear his voice, do not harden your hearts as in the rebellion.” For who were those who heard and yet rebelled? Was it not all those who left Egypt led by Moses? And with whom was he provoked for forty years? Was it not with those who sinned, whose bodies fell in the wilderness? And to whom did he swear that they would not enter his rest, but to those who were disobedient? So we see that they were unable to enter because of unbelief.” (Heb 3:12-19 ESV)

I think ‘unbelief’ is often misunderstood as not being able to believe this or that fact about what is written or promised in the Bible. As these verses from Hebrews clarify, unbelief has to do with disobedience toward God’s voice that speaks to us TODAY. If we decide to neither listen to nor to obey Him, have we not sinned? Actually, continued sinning finally hardens our hearts so much that we cannot hear His voice clearly anymore.

In closing I offer you now this aforementioned article about the meaning of the cross of Christ.

Answer: Let’s begin with what Jesus didn’t mean. Many people interpret “cross” as some burden they must carry in their lives: a strained relationship, a thankless job, a physical illness. With self-pitying pride, they say, “That’s my cross I have to carry.” Such an interpretation is not what Jesus meant when He said, “Take up your cross and follow Me.”

When Jesus carried His cross up Golgotha to be crucified, no one was thinking of the cross as symbolic of a burden to carry. To a person in the first-century, the cross meant one thing and one thing only: death by the most painful and humiliating means human beings could develop.

Two thousand years later, Christians view the cross as a cherished symbol of atonement, forgiveness, grace, and love. But in Jesus’ day, the cross represented nothing but torturous death. Because the Romans forced convicted criminals to carry their own crosses to the place of crucifixion, bearing a cross meant carrying their own execution device while facing ridicule along the way to death.

Therefore, “Take up your cross and follow Me” means being willing to die in order to follow Jesus. This is called “dying to self.” It’s a call to absolute surrender. After each time Jesus commanded cross bearing, He said, “For whoever wants to save his life will lose it, but whoever loses his life for me will save it. What good is it for a man to gain the whole world, and yet lose or forfeit his very self?” (Luke 9:24-25). Although the call is tough, the reward is matchless.

Wherever Jesus went, He drew crowds. Although these multitudes often followed Him as Messiah, their view of who the Messiah really was—and what He would do—was distorted. They thought the Christ would usher in the restored kingdom. They believed He would free them from the oppressive rule of their Roman occupiers. Even Christ’s own inner circle of disciples thought the kingdom was coming soon (Luke 19:11). When Jesus began teaching that He was going to die at the hands of the Jewish leaders and their Gentile overlords (Luke 9:22), His popularity sank. Many of the shocked followers rejected Him. Truly, they were not able to put to death their own ideas, plans, and desires, and exchange them for His.

Following Jesus is easy when life runs smoothly; our true commitment to Him is revealed during trials. Jesus assured us that trials will come to His followers (John 16:33). Discipleship demands sacrifice, and Jesus never hid that cost.

In Luke 9:57-62, three people seemed willing to follow Jesus. When Jesus questioned them further, their commitment was half-hearted at best. They failed to count the cost of following Him. None was willing to take up his cross and crucify upon it his own interests.

Therefore, Jesus appeared to dissuade them. How different from the typical Gospel presentation! How many people would respond to an altar call that went, “Come follow Jesus, and you may face the loss of friends, family, reputation, career, and possibly even your life”? The number of false converts would likely decrease! Such a call is what Jesus meant when He said, “Take up your cross and follow Me.”

In some places of the world, these consequences are reality. But notice the questions are phrased, “Are you willing?” Following Jesus doesn’t necessarily mean all these things will happen to you, but are you willing to take up your cross? If there comes a point in your life where you are faced with a choice—Jesus or the comforts of this life—which will you choose?

Commitment to Christ means taking up your cross daily, giving up your hopes, dreams, possessions, even your very life if need be for the cause of Christ. Only if you willingly take up your cross may you be called His disciple (Luke 14:27). The reward is worth the price. Jesus followed His call of death to self (“Take up your cross and follow Me”) with the gift of life in Christ: “For whoever wants to save his life will lose it, but whoever loses his life for me will find it” (Matthew 16:25-26).

4 thoughts on “Preaching the Cross without letting it kill us or… on Plagiarism, once again”