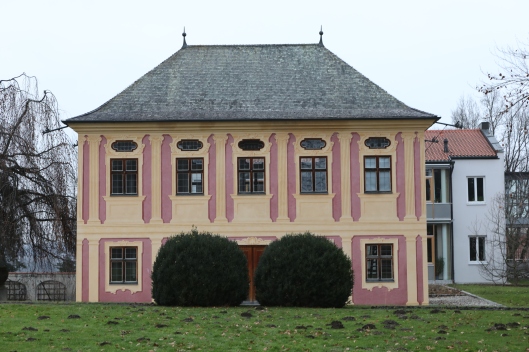 The following post is meant to provoke some thoughts in my readers. I could have added my own experiences as I usually do in order to illustrate the message below. However, I decided to copy and paste this exhortation by T. Austin Sparks without joining in.

“[God] desires His people to come to His fulness, and all His highest designs are inseparably connected with that revealed will, that object. All His highest designs are bound up with our going on to God’s end, the fulness of Christ, and their full meaning can never be realized by us except as we hold fast the beginning of our confidence firm unto the end. The point is that it is made clear that God’s will is that we should go on to the fulness.

Three courses are possible as seen in the case of Israel.

(a) To Die in the Wilderness

It is possible, although out of Egypt, to die in the wilderness. What does that mean? On the one hand, it is to fail to come into the realm of that fulness of God in Christ which was intended for us. On the other hand, how can we fail? Israel’s history tells us quite clearly that we may do so through carnal mindedness, a merely carnal Christianity. It is against that that the Apostle Paul warns so strongly. How often he says, “are ye not carnal!” Saved, out of Egypt, but carnal, the flesh more dominant than the spirit. In that case you die in the wilderness; that is, you fail to reach God’s end and to attain unto the realization of God’s revealed will.

(b) To Compromise for Present Satisfaction

The second possibility is that which is represented by the two and a half tribes, who said, “Bring us not over this Jordan.” They sought their inheritance on the other side of Jordan. You know the nature of that choice. They saw a goodly land, a fruitful patch, something that could be had without all the difficulty and cost of the conflict. They set their hearts upon it. They made a compromise. In a word, they refused to pay the price of utterness.

They speak to us of that kind of life and service which has its fulness in present, seen things, in quick results, quick returns; which is occupied with much activity which is itself the satisfaction, or becomes the satisfaction. So many people think that if they can but keep busy in the Name of the Lord they are getting on splendidly. They find their satisfaction in the fact that they are doing a lot, and not in the ultimate spiritual values. A great many such people eventually wake up to discover that they have been very busy but not very effective. In all their busy-ness and activity, in which they have found so much pleasure, so much personal gratification, there is not a great deal, after all, of that which abides eternally to the satisfaction of God. It is a very dangerous realm to get into. The two and a half tribes made a compromise, in which they sought for the quick return, the immediate satisfaction.

(c) To go on to the Fulness

The third possibility is that of going on unto all the spiritual and heavenly fulness of Christ, which is, nevertheless, a life of sheer faith and intense conflict.

Those three possibilities confront us. We can die in the wilderness; we can compromise for present satisfaction; or we can go on in faith, in the conflict. The latter has ever in it that factor which seems to say that however great the progress there is far more ground yet to be gained. Every bit of gain is as nothing because of the realization that there is so much farther to go. Because of the intensity of the antagonism of the enemy, the severity of the conflict, we are always more conscious of the arduousness of the road than of the attainment of the fulness. Ah, but it is going on all the same. These are the alternatives we have to face.”

Just for clarification as to the possibility to die in the our own spiritual wilderness. That does not mean that someone will not get saved since EVERYONE who calls on the name of the Lord will be saved (cf. Joel 2:32 and Rom 10:13). Nonetheless, there will be regret, spiritual pain, and suffering when we are confronted with how our eternal fate could have looked like as we will have eventually realized that we were not grounded on Christ as our only foundation. Apostle Paul said it that way,

For no one can lay a foundation other than that which is laid, which is Jesus Christ. Now if anyone builds on the foundation with gold, silver, precious stones, wood, hay, straw—each one’s work will become manifest, for the Day will disclose it, because it will be revealed by fire, and the fire will test what sort of work each one has done. If the work that anyone has built on the foundation survives, he will receive a reward. If anyone’s work is burned up, he will suffer loss, though he himself will be saved, but only as through fire. (1 Cor 3:11-15 ESV)

15 thoughts on “Are we too sure of ourselves?”