Just lately I have been preoccupied with a specific religious orientation of Christianity. Not that I had chosen to focus once again on what I had known myself a quarter of a century ago. However, a few people I have known for years were more and more drawn into this kind of charismatic church. It is a modern branch of Christendom that more often than not appeals to younger people who do not like to sit in a pew without moving their body for a long time. If you enter such a church, you will surely meet a group of kind people who extend a warm welcome to you (the welcome team). There is also a variety of modern music presented by what is called the worship team. The bigger the church, the more qualified musicians you will find there. They and the majority of the church members who serve in any kind of ministry don’t work for money, no. Whether it is the welcome team, the kitchen team, the worship team, the child care team, whatever. All these people work for charity’s sake. But this does not apply to the pastor and the whole leadership; they usually live from what the congregation offers up. You know, from tithes and donations…

You can find a sort of worldly professionalism especially in charismatic mega churches, a fact which makes the unpredictable leading of the Holy Spirit completely dispensable. In order to hide this fact, the devil disguises as God and propels believers to follow their leadership instead of Jesus because their leaders claim to be led by God Himself continually. You can find this false assertion in almost any kind of church. Just think about the RCC whose ‘head’ is said to possess papal infallibility in some cases. It seems somehow as if there were human beings who have, partly at least, godlike qualities in this life, right?  🙄 They do not make mistakes like the average believer as they follow God automatically due to their clerical position. Oh, what a big deception!!  ☹ 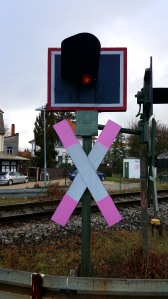 Alas, I know first-hand that it does not make much sense to warn such believers about the wrong spirits that might capture them unless it is God who is speaking (through us) to their hearts and minds. Having been extremely enthusiastic and confident I had found God’s Spirit in a church about 25 years ago, nobody from the outside had been able to convince me of my error back then. Yet being in such a church was like worshipping a golden calf as I realized later after having left the cult. There seemed to be life in this church, but it was of worldly origin and simply served our natural five senses. Our spiritual senses were not filled as this whole charismatic movement has not come from God. Rather, it was a false revival.

“And to the angel of the church in Sardis write: ‘The words of him who has the seven spirits of God and the seven stars. “I know your works. You have the reputation of being alive, but you are dead.

Wake up, and strengthen what remains and is about to die, for I have not found your works complete in the sight of my God. Remember, then, what you received and heard. Keep it, and repent. If you will not wake up, I will come like a thief, and you will not know at what hour I will come against you.

Yet you have still a few names in Sardis, people who have not soiled their garments, and they will walk with me in white, for they are worthy. The one who conquers will be clothed thus in white garments, and I will never blot his name out of the book of life. I will confess his name before my Father and before his angels.

He who has an ear, let him hear what the Spirit says to the churches.’ (Rev 3:1-6 ESV, emphasis in orange italics added)