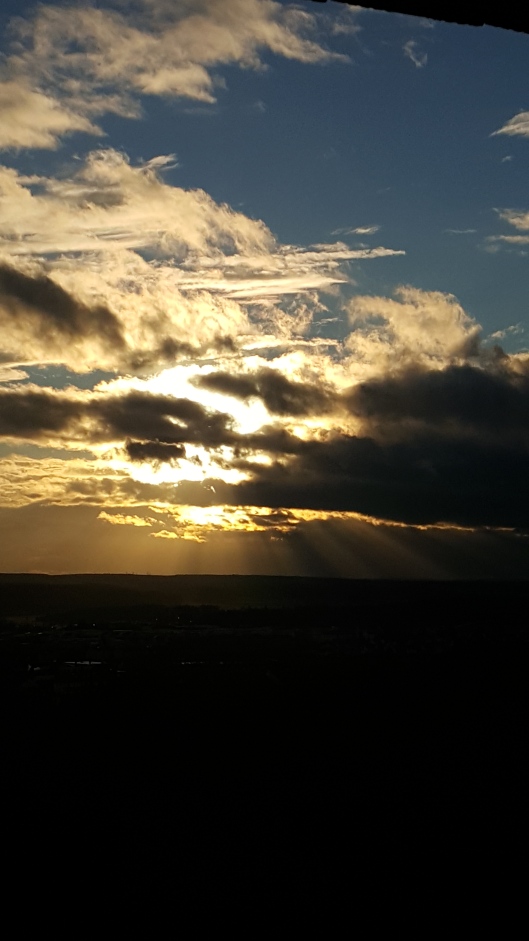 This time you might wonder at the topic I chose to write about. Like the charismatic issue that has bothered me for some time and eventually led to my last article, today I felt I should start to illustrate the possible dangers that might approach us in our every day life through people who are not necessarily Christians although they sometimes claim to believe in God. I am referring to ‘noble’, well-deemed people (mostly men) who might work as university professors, physicians, judges, notaries or bank directors. This list is anything but exhaustive. It might only serve to point you to the credibility their profession normally lends to them. What they all have in common is that they are (very) successful. Most of the times they are rich at that. Sometimes they become famous, too, sooner or later. However, they had to do something in order to get there. As German author and poet Johann Wolfgang von Goethe in his work “Faust” described, “The erudite Faust is highly successful yet dissatisfied with his life, which leads him to make a pact with the devil, exchanging his soul for unlimited knowledge and worldly pleasures.” (1)

How can someone make a pact with the devil?  🙄 There seem to be many possibilities today, even more than in the past, I believe. Goethe, for instance, joined Freemasonry. Similar (seemingly) innocent ‘old men’s clubs’ are Rotary International or Lions Clubs International. Although these two do not belong to Masonry, some of their founders were said to have been Masons. (2) Whatever the name of the club, there are gatherings of people who join such groups in order to extract advantages from their membership. These members usually aid one another in almost every life situation. From the outside they make it look as if they were simply social clubs as they are hanging a lantern on their ‘good works’. But what might seem to this world like ‘old men’s games’, if their ceremonies consist of rites of initiation, their oaths invite the devil to lord over them, even if they call him ‘god’ as the Masons do. Without believing in Jesus Christ as our personal savior, no human being will ever be able to have a real relationship with God. I decided to simply focus on Freemasonry here with which I am more familiar than with these other two clubs mentioned before. I have known Freemasons as long as I live and I once worked in a Freemasonry lodge building. It was not long until I saw some spooky things there. Thank God, I had come to know Jesus at the same time and He told me to leave this sphere as soon as possible.

Below I offer you now the testimony of a famous Christian: Charles Grandison Finney characterizes Freemasonry and its dangers in detail since “as a young man Finney was a third-degree Master Mason” (3).

Why I Left Freemasonry

When I was converted to Christ I had belonged to the Masonic Lodge in Adams, New York, about four years. During the struggle of conviction of sin through which I passed, I do not recollect that the question of Freemasonry ever occurred to my mind.

But soon after my conversion, the evening came for attendance upon the Lodge, and I went. They, of course, were aware that I had become a Christian and the Master called upon me to open the Lodge with prayer. I did so, and poured out my heart to the Lord for blessings upon the Lodge. I observed that it created considerable excitement. The evening passed away, and at the close of the Lodge I was asked to pray again. I did so, and retired much depressed in spirit. I soon found that I was completely converted from Freemasonry to Christ, and that I could have no fellowship with any of the proceedings of the Lodge. Its oaths appeared to me to be monstrously profane and barbarous.

At that time I did not know how much I had been imposed upon by many of the pretensions of Masonry. But, upon reflection and examination, a severe struggle and earnest prayer, I found I could not consistently remain with them. My new life instinctively and irresistibly recoiled from any fellowship with what I now regarded as “the unfruitful works of darkness.”

Without consulting anyone, I finally went to the Lodge and requested my discharge. My mind was made up. Withdraw from them I must — with their consent if I might; without this consent if I must. Of this I said nothing; but somehow it came to be known that I had withdrawn.

They therefore planned a Masonic festival and sent a committee to me, requesting me to deliver an oration on that occasion. I quietly declined to do so, informing the committee that I could not conscientiously, in any wise, do what would show my approval of the institution, or sympathy with it. However, for the time, and for years afterward I remained silent, and said nothing against Masonry; though I had then so well considered the matter as to regard my Masonic oaths as utterly null and void. But from that time I never allowed myself to be recognized as a Freemason anywhere.

This was a few years before the revelations of Freemasonry by Captain William Morgan were published. When that book was published, I was asked if it was a true revelation of Freemasonry. I replied that it was so far as I knew anything about it, and that as nearly as I could recollect, it was a verbatim revelation of the first three degrees as I had myself taken them. I frankly acknowledged that that which had been published was a true account of the institution, and a true expose’ of their oaths, principles and proceedings. After I had considered it more thoroughly, I was more perfectly convinced that I had no right to adhere to the institution, or appear to do so; and that I was bound, whenever the occasion came, to speak my mind freely in regard to it, and to renounce the horrid oaths that I had taken.

I found that in taking these oaths I had been grossly deceived and imposed upon. I had been led to suppose that there were some very important secrets to be communicated to me; but in this I found myself entirely disappointed. Indeed I came to the deliberate conclusion that my oaths had been procured by fraud and misrepresentations; that the institution was in no respect what I had been informed it was; and as I have had the means of examining it more thoroughly, it has become more and more irresistibly plain to me that Masonry is highly dangerous to the State, and in every way injurious to the Church of Christ.

Features of an Anti-Christ

Judging from unquestionable evidences, how can we fail to pronounce Freemasonry an unchristian institution? We can see that its morality is unchristian. Its oath-bound secrecy is unchristian. The administration and taking of its oaths are unchristian and a violation of the positive command of Christ. And Masonic oaths pledge its members to some of the most unlawful and unchristian things:

No one, therefore, has ever undertaken to defend Freemasonry as judged by the above. Freemasons themselves do not pretend that their institution as revealed in reliable books, and by some of their own testimony, is compatible with Christianity. So it must follow that,

Second, should the question be asked, “What shall be done with the great number of professed Christians who are Freemasons?” I answer, let them have nothing more to do with it. Let it be distinctly pressed upon their consciences that all Masons, above the first two Degrees, have solemnly sworn to conceal each other’s crimes, murder and treason alone excepted; and that all above the sixth Degree have sworn to espouse each other’s cause, and to deliver them from any difficulty, whether right or wrong.

Third, if they have taken those Degrees where they have sworn to persecute unto death those who violate their Masonic obligations, let them be asked whether they really intend to do any such thing. Let them be distinctly asked whether they intend to aid and abet the administration and taking of these oaths. Or if they still intend to countenance the false and hypocritical teachings of Masonry. Or if they mean to countenance the profanity of their ceremonies, and the partiality of their sworn practice. If so, surely they should not be allowed their place in the Christian Church.

Fourth, can a man who has taken, and still adheres to the Master’s oath to conceal any secret crime of a brother of that Degree, murder and treason excepted, be a safe man with whom to entrust any public office? Can he be trusted as a witness, as a juror, or with any office connected with the administration of justice?

Fifth, can a man who has taken, and still adheres to, the oath of the Royal Arch Mason be trusted to public office? He swears to espouse the cause of a companion of this Degree when involved in any difficulty, so far as to extricate him, whether he be right or wrong. He swears to conceal his crimes, MURDER AND TREASON NOT EXCEPTED [emphasis in bold added]. Is such a man bound by such an oath to be trusted with office? Ought he to be accepted as a witness or juror when another Freemason is a party in the case? Ought he to be trusted with the office of Judge, or Justice of the Peace, or as a Sheriff, Constable, Marshal or any other office?

What Is Your Answer?

I appeal to your conscience in the sight of God, for an honest answer to these three questions:

“The blood of Jesus Christ His Son cleanseth us from ALL sin.” “And every man that hath this hope in him purifieth himself, even as He is pure” (I John 1:17; 3:3).

26 thoughts on “A Pact with the Devil”