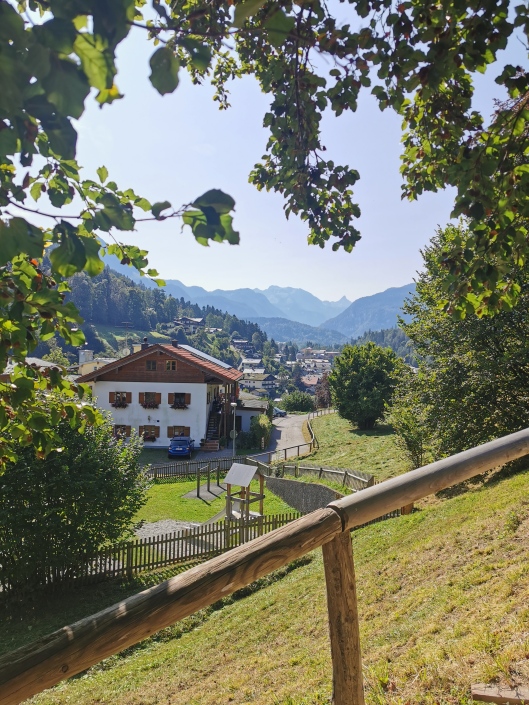 If you, like me, thought that attaining spiritual perfection meant becoming a better human being, someone who does not make the same mistakes again and again as they did before… it seems to me now that I might have been wrong.

During the last weeks and months I have come to see that spiritual perfection in God’s sight means nothing but utter dependence on Him in every howsoever tiny area of life. Oh, how long do we need until we stop trusting in our old nature’s ways of thinking and behaving?  🙄 We might have waited on God to really do something, to intervene and to save us from ourselves, we might have waited for years and decades, often despairing of our old man’s stupidity. Yet one day, out of the blue, our Lord might sneak in, taking us by surprise, and NOW He is setting the agenda. You realize all of a sudden that you have a much stronger faith you did not have before and then you dare to trust Him, eventually, even if His leading might often seem strange at first. 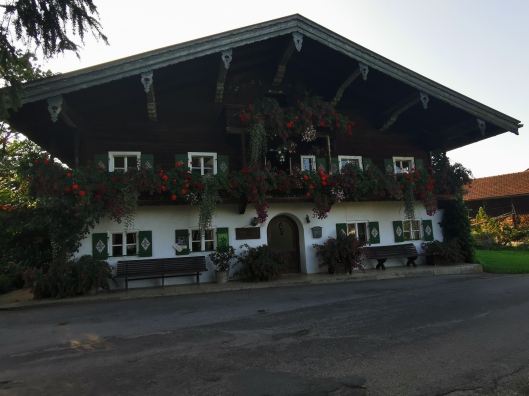 It is evening and already dark outside. Just now I was interrupted by a peculiar occurrence. I got up from the computer as I wanted to shut the door to the balcony. It has begun to rain continuously two days ago and I started to feel cold as the rainy wind began to breeze into the office. Looking down, I thought, “What is THIS?”  🙄 Close to the door there was a sort of long and thin leaf on the ground…yet…. its shape reminded me of something else. Indeed, shortly afterwards the “leaf” began to creep toward the door. If you did not know it yet, we live in a penthouse on the 6th floor (i.e. 5th floor according to German classification). 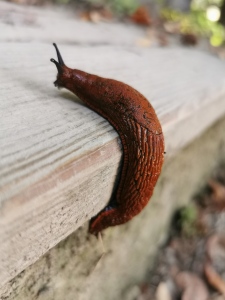 Actually, although this was not the first slug that got up here (most probably not by taking the elevator),  😉 it was the first one that had crept into our flat. At times, though rarely, I found a few slugs on the balconies under the plants before. To cut a long story short, I was just asking the Lord whether He wanted to show or teach me something with that incidence. Alas, the wind was suddenly so strong that the door cut the slug into two pieces as the animal wanted to get back outside. Too late.  😦 The front part of the body was outside, the rear part still in the room and nothing in between. I felt sad at first as I did not want to kill the slug; I wanted to save it. But God…  🙄

Spiritual perfection is not about trying to save anything that belongs to our flesh and our old nature. Even those things that seem to be good in the sight of others; we should not try to keep them. Either our old self is reckoned stonedead and Jesus can act through us as and whenever He wants or it is all still a mix. A terrible mix of good habits and social conformism or, in other words, we might recognize our tendency to submit to the wrong human spirits in other people instead of following the Holy Spirit’s leading.

May God help us discern the spirits and may He give us the will and strength to only follow Him, even if it turns out a lonely path at times. 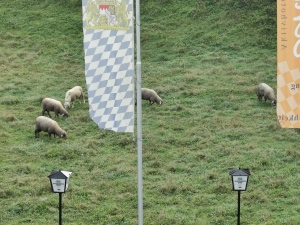 “The sheep hear his voice, and he calls his own sheep by name and leads them out. When he has brought out all his own, he goes before them, and the sheep follow him, for they know his voice. A stranger they will not follow, but they will flee from him, for they do not know the voice of strangers.” (Jn 10:3-5 ESV)

“I have been crucified with Christ. It is no longer I who live, but Christ who lives in me. And the life I now live in the flesh I live by faith in the Son of God, who loved me and gave himself for me.” (Gal 2:20 ESV) 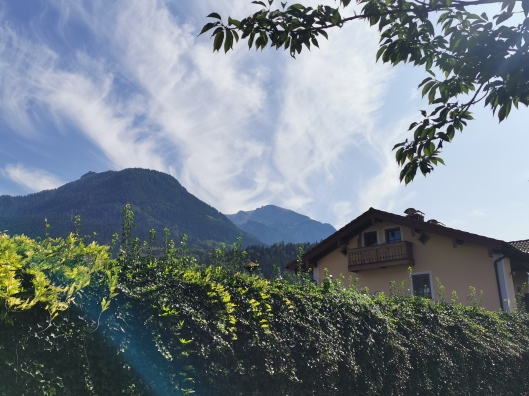 14 thoughts on “What is Spiritual Perfection?”