If you read and re-read the title, wondering about the truth of this seemingly simple statement, “Jesus Christ abolished… DEATH?”  🙄 you might feel the same way I did yesterday. I read an article by T. Austin-Sparks that left me both astonished and a bit bewildered at first. But then… No, I do not want to give away the ending yet. I am afraid, you need to read further if you want to know more.  😉 So, at first I am going to offer you this excerpt from one of TAS’ books that is called “Vocational Fellowship”. (1)

“Don’t make any mistake about it, dear friends, for our way of speaking often betrays a faultiness in our conception. We so often hear people in prayer, and other ways, speaking of the ‘redeemed’ in the earth; praying for the ‘redeemed’ in the earth. And the mentality is that the ‘redeemed’ is synonymous with the ‘saved’ – it is not. It is not. Every child of Adam has been redeemed; every child of Adam has been redeemed by the Cross of the Lord Jesus; there is not a man, woman or child on this earth that has not been redeemed. The great tragedy – the two-fold tragedy is that so few know that they are redeemed, and that so many who are redeemed will not accept their redemption. Judgment, you see, will rest upon that – the refusal to have something so costly, which is theirs by right. Well, that’s by the way.” (2)

When I had read this paragraph for the first time, I could not help but feel great relief, even joy about this news. Later, I sensed a sort of sadness, too, thinking how people might reject such a great and unmerited gift from God. I guess I read over a similar statement like the one TAS made in the past as well, yet without grasping what was meant there. It was clear to me that Jesus died for our sins in His cross, and even more, that He put our old Adamic nature to death. However, I often heard a subtle voice in the back of my mind that whispered, “But you have to believe in Jesus Christ. If someone does not have faith, they are lost.” Yes, but… The Bible explains that nobody can come to Jesus Christ unless God, the Father, draws him to His Son (see Jn 6:44). So, what I could never put together was how much of our faith is God-given (I believe all of it) and how much responsibility to answer to God’s call to repent presses on any human being’s shoulders? If there was no responsibility, then there would be no judgment, right?  🙄

It was only today in the late afternoon when I was reading the Bible as I got aware of the following Scriptures (emphasis IN CAPS added). In these verses the apostle Paul also discloses whose strength it was that helped him endure all his countless sufferings.

“[…] GOD GAVE US A SPIRIT not of fear but OF POWER and love and self-control.

Therefore do not be ashamed of the testimony about our Lord, nor of me his prisoner, but SHARE IN SUFFERING for the gospel BY THE POWER OF GOD, who saved us and called us to a holy calling, not because of our works but because of his own purpose and grace, which he gave us in Christ Jesus before the ages began, and which now has been manifested through the appearing of OUR SAVIOR CHRIST JESUS, who ABOLISHED DEATH and brought life and immortality to light through the gospel,” (2 Tim 1:7-10 ESV)

Here it was! Indeed, all mankind has been redeemed from death in His Cross as the perhaps most quoted verses in the Gospel of John also reveal.

“For God so loved the world, that he gave his only Son, that whoever believes in him should not perish but have eternal life. For God did not send his Son into the world to condemn the world, but in order that the world might be saved through him. Whoever believes in him is not condemned, but whoever does not believe is condemned already, because he has not believed in the name of the only Son of God.” (Jn 3:16-18 ESV)

So it seems that the responsibility on our shoulders is to believe whether Jesus, the Son of Man is the Son of God as well. Indeed, you will find countless people (whether Jews, Muslims, Hindus, Buddhists, liberal theologians, or even atheists are concerned) who acknowledge that Jesus was a great preacher, an outstanding teacher or even a prophet. But… the Son of God…. A human being? That has been a stumbling block for many. We know that every human being needs to have received the Holy Spirit in their hearts before so that they can discern the spirits as the apostle John wrote here,

“Beloved, do not believe every spirit, but test the spirits to see whether they are from God, for many false prophets have gone out into the world. By this you know the Spirit of God: every spirit that confesses that Jesus Christ has come in the flesh is from God, and every spirit that does not confess Jesus is not from God. This is the spirit of the antichrist, which you heard was coming and now is in the world already.” (1 Jn 4:1-3 ESV) 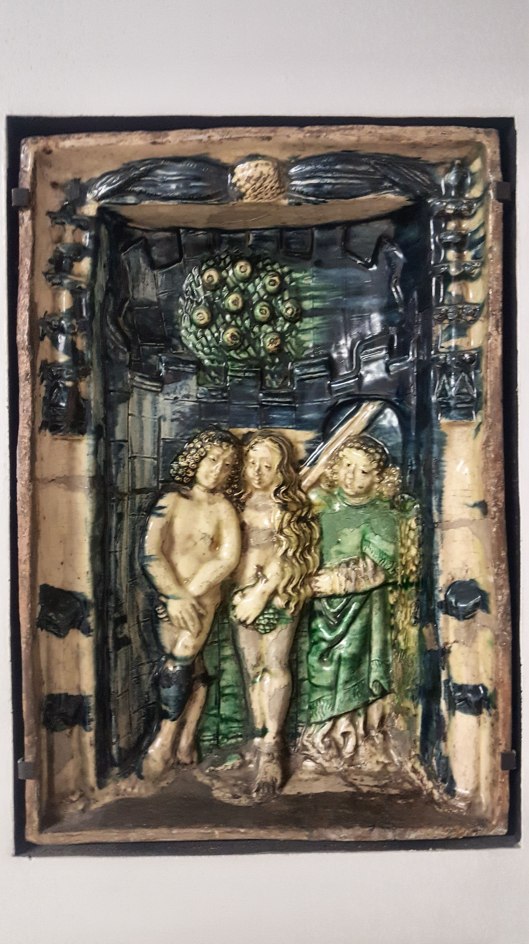 By the Holy Spirit we are enabled to believe that Jesus Christ is the Son of God who came down from Heaven and was born as a human being in the likeness of our flesh. However, what was the main reason why God became a man? Wasn’t it to regain His lost inheritance due to the Fall of Man AND to make all of us who believe in Him fellow-heirs with Himself of this lost world and of everything else in the ages to come?  🙄

At the end of this blog I want to offer you another part of what I read yesterday by T. Austin Sparks, a part that really touched me deeply. This excerpt has been taken from the same book about vocational fellowship. Summarizing you could say that TAS explained in that book that our initial salvation was only the beginning of something that was so much higher and so much bigger than we might have ever expected. In particular, a recurring topic in TAS’ writings (keywords: throne union with Christ for overcomers) is to point to the fact that it has always been part of God’s plan to have a personal people for Himself on this very earth, a people that even now in New Covenantal times might embody a living witness and a testimony for the fact that Christ already rules in Heaven and on the earth as well. If we want to become part of this very people, we need to endure the cross that cuts clean between our soulish and our spiritual nature until we have learned through trials, tribulation, and suffering to finally trust God and Christ more than our old selves. Walking with Him daily, keeping in step with His Spirit, asking Him about His plans and thoughts regarding our everyday life will give our lives a meaning they never had before. Moreover, every day will turn into an adventure, or even into a romance as TAS put it.  😉 So, here is the other writing by Sparks about the cross and its deep meaning for the history of mankind as to its redemption from death unto (eternal) life.

“The thing that lies right at the heart of all that is the recovery of His inheritance.

“Now let me solemnly and reverently touch a point which goes deeper than anything else in this matter. When the Lord Jesus on the cross, cried, “Eli, Eli, lama sabachthani” He went out into the lost place, the place of the lost; the place where the scapegoat was loosed and driven to the wilderness, away from man and God. He took the place of a lost world, and a lost humanity. He has lost everything in that moment. It is the desolation of His soul. For that moment He’s lost God, lost heaven, yes, lost everything. It is a terrible phrase, and I hesitate to use it – He was like a ‘lost soul’ in that moment. We say it with some support that He poured out His soul unto death. Unto death! What is death but the loss of everything? If it is death all is gone. And He went out there to bring back in His own Person the lost inheritance of man. He touched to the very depths, to the bottom of our loss, and God’s loss, and His own loss. Oh, the wonder of the resurrection! It’s essential to the whole circle. But, you see, this world was lost. But even that, dear friends is not all. That’s all true, that’s all true, but there is an extra factor in it all; an extra factor and element in it all.

“[5. Christ triumphed over the powers of darkness in His cross]

“Out there in that darkness and desolation, that wilderness of forsakenness, things were by no means passive. Out there He went to meet the one who had robbed Him and God of everything; whom He Himself called “the prince of this world”. Out there as truly, and yet more truly and more fully than the combat of the forty days after His baptism with the prince of this world, He met the usurper. He met the false prince, He met the robber, the stealer, and in awful conflict in that darkness, He wrestled His great wrestle with the powers of darkness; so terrible that the Psalmist well describes them: “They compassed me about like bees… they compassed me about like bees”, these hosts of wicked spirits, of which Paul speaks. Out there He met that whole kingdom and hierarchy in full force. “He plunged in His imperial strength to depths of darkness down; He brought His trophy up at length; the proud usurper’s crown.” He wrested the inheritance from the false prince. He fought this whole battle out in that dark moment on the cross. Oh, what a lot can be crowded into a few moments – an eternity can be! So it was with Him.” (3)