I need to admit that I am not gladly writing this new blog article. Nonetheless, it seems to be a recurring lesson in our life (with God) that we need to let go of so many things. In fact, we are not only to let go of ‘things’, but also of good or bad people, of opinions once dearly held, of our good old habits, of our bodily constitution, of what we ourselves would have called good health etc. I put ‘with God’ in parentheses as I think that all mankind has to go through similar trials whether they believe in God or not. However, if we see ourselves as followers of Jesus Christ, is there a particular reward, a blessing of sorts if we have become (partly) acquainted with grief and sorrow as our Lord had been?  🙄

END_OF_DOCUMENT_TOKEN_TO_BE_REPLACED 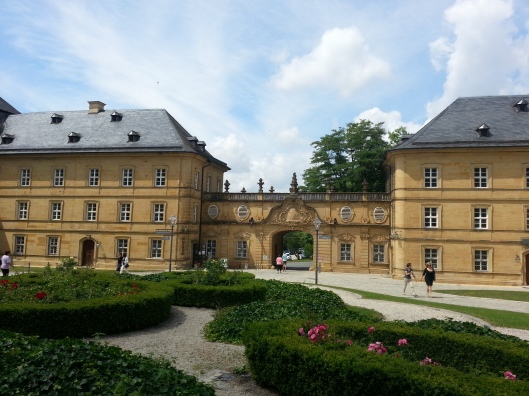 Just reading Oswald Chambers’ devotional from tomorrow, I was truly hit by what he had to say. I need to admit that it does not happen very often that I appreciate his devotionals because I do not like his sometimes accusatory style of writing (preaching). I am paraphrasing him here a bit, “Do you think you have already arrived? Are you sure you belong to the Lord Jesus? You should not do this … you should not do that… you [seem to do it all wrong – the latter were my words].” This posture reminds me of preachers on the pulpit who seemingly dwell in another, higher spiritual region than their more or less attentive audience does. If we compare such accusations with how often the apostle Paul humbled himself before other, less mature Christians, we might know where and when we must be cautious about believing what we hear or read from other people. Nonetheless, I can tell you whenever Chambers goes over to including himself into what he has to say, I am happy! Lo and behold… below. 😊

END_OF_DOCUMENT_TOKEN_TO_BE_REPLACED

In the afternoon when I was biking, I suddenly got a strange tooth ache caused by an inflammation of the nerves which normally lasts for a few days (at least). Since I was frustrated with God today more than once, I was not in the mood of a humble prayer. Instead I tried to ignore Him. However, I got more and more mad at God because of the pain while riding and I had to talk with someone about it.

Outside of the city and even beyond the bounds of smaller villages, there were only God and me. So, with whom could I have talked about my anger? But the only thing I told Him was, “Oh, another pain? Not only in my heart as almost always – okay… You are God, You can do as you wish and can I do nothing about it.”
Shortly afterwards I thought about praying for healing, but NO – that was not a good idea, and it was certainly not mine as I declared by turning to Him again, “You know that I have no faith in such things any longer.” Actually, there was a time when I had this kind of faith, but that was long ago. So I kept on riding.