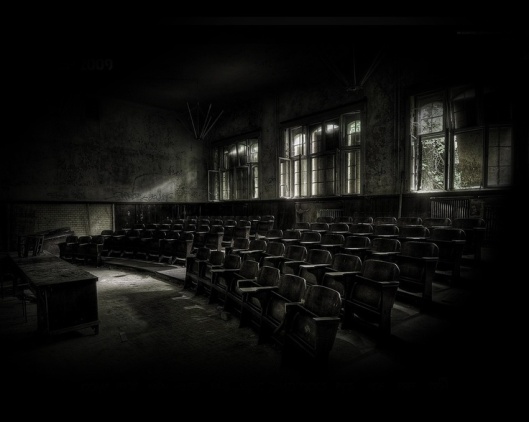 This is another joint article Michael Clark and I wrote which springs from our experiences with controlling spirits in family, friends and even commenters that have found our blogs as of late. It has been a steep learning curve as to what is the voice of the Lord and what is from the carnal desires of people.

If I (Susanne) was still after gathering as many followers, “likers”, and commenters as possible, I would never write such an open letter as I am now doing. 😉 First of all, as I had begun to moderate comments recently, completely splitting up with commenters and email contacts on the net, trashing comments that seemed to be very nice at first, unfollowing many blogs and unfriending a large percentage of people on Facebook… this was very difficult for me in the beginning. It was like a new habit that did not yet fit nor sit well with me. But of course, it has not become a real “habit” since God follows no hard and fast rules – ever! His leading is as unpredictable as can be. Sometimes it has simply been listening to the Lord’s gentle nudgings right at the outset and at other times I felt the urgent insistence of the Holy Spirit when He warned me about very dangerous spirits that tried to primarily influence me and then those people around me, including my readers.

God shows no partiality. If we belong to Christ and He eventually has enabled us to obey Him first instead of seeking men’s approval, then Satan knows that he lost the game. I love the following part of the Apostle John’s prayer where he said,

We know that whosoever is born of God sinneth not; but he that is begotten of God keepeth himself, and that wicked one toucheth him not.
And we know that we are of God, and the whole world lieth in wickedness.
And we know that the Son of God is come, and hath given us an understanding, that we may know him that is true, and we are in him that is true, even in his Son Jesus Christ. This is the true God, and eternal life.
Little children, keep yourselves from idols. Amen. (1 Jn 5:18-21 KJV)

Would you believe it if we told you that someone who keeps sinning cannot be born of God? It makes no difference whether we call ourselves Christians or not, if we do not have His Spirit abiding in us, we are still dead. We also read that the Apostle Paul affirmed, “Anyone who does not have the Spirit of Christ does not belong to him.” (Rom 8:9 ESV)

“I pray also that the eyes of your heart may be enlightened. (Ephesians 1:18 NIV)

“The eyes of your heart enlightened…” discerning love. Love is as far removed from blindness as heaven from earth. “Love is blind”? No – not true love. The fact is that true love sees everything, but transcends everything. The love of Christ for His disciples was not blind love… No, “He… knew what was in man” (John 2:24). His love saw everything and could tell them beforehand exactly what they would do; but love persisted in face of it all. Love is a great seeing thing.

If you are consumed with a burning love for the Lord, you will be very quick of scent [detect] as to what is doubtful and questionable. You will not need to be frequently and continuously told when a thing is not right. No, love for the Lord will bring you quickly to see and to sense there is something that needs to be adjusted. You may not know what it is at the time, but you have a sense that all is not well. Love will do it. All the instruction in the world will not bring you to it. You may have the Word of God brought to you on all such points, and you might even say, “All right, because you say so, because it is in the Bible, I will do it, I will be obedient.” Do you think that is good enough? Such a thing has never come to you through the eyes of your heart. But, mark you, if this love, this discerning love, has really filled your heart by all the intelligence of the Holy Spirit indwelling you, you will sense it without being told…”

Do we believe it is easy to discern whether someone has been filled with God’s Spirit or another spirit? It is NOT easy, dear reader. If it had been, Jesus’ family would have reacted differently than they did toward Him. Actually, Jesus’ mother and brothers had come to take Him back home because they thought He was out of His mind (see Mark 3:20-21) and those who were meeting with Him said, “Your mother and brothers are outside wanting to see you.” To this Jesus replied,

“Who is my mother, and who are my brothers?” And stretching out his hand toward his disciples, he said, “Here are my mother and my brothers! For whoever does the will of my Father in heaven is my brother, and sister, and mother.” (Matt 12:46-49, rsv)

So as it was with Jesus who only did the works He saw His Father doing, we should also not be moved by the fleshly desires of family members or carnal Christians that are not speaking by the will of the Spirit as they seek to direct our lives. Michael Clark lately told me (Susanne) as I had begun with my series on discerning evil spirits in others that certain commenters who were led by exactly these spirits would be drawn to my blog. And it was true, a prophetic word from the Lord so to say. Dear reader, you can be sure if someone touts that they have a “prophetic ministry” or to be a mouthpiece of the Lord, you can trash his words completely. Someone who still works in his old self and is full of pride about “doing” something for God cannot be useful for our Lord. But Satan knows his chances and fills those people with various evil spirits, including controlling spirits which are VERY dangerous for gullible and unexperienced believers.

Michael is so right with saying that there is a great danger in us being moved on by the souls of religious men and family members who desire to get us to do their wills instead of praying that we do the will of the Lord in all things. And there is also a presumption in people who try to use their soulish powers to influence us according to their own carnal desires and values. Take care, dear brothers and sister, the devil is not sleeping…