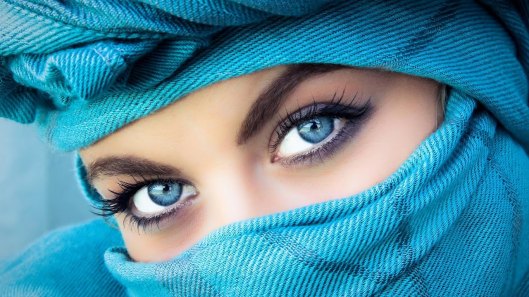 Dear reader, I am still occupied with this issue about cultic dangers. After publishing a more encouraging blog post last week, here comes another warning about the subtlest, and maybe easiest way of how Satan could try to capture our minds. This particular topic has weighed like a burden on my heart for a few days now, but I would find no time to write it all down. Let’s start with a testimony by a woman who experienced ‘something’ on the internet which seemed to be so innocent in the beginning.

“Marisa O’Connor was in her early 20s when she was turned onto Freedomain Radio (FDR) and the teachings of Canadian pseudo-philosopher Stefan Molyneux. It started when one of O’Connor’s friends gave her the name of a bald, pleasantly accented man preaching about anarchism on the internet. This was a subject she was interested in, so she decided to give it a try. From the get-go, O’Connor “was pretty much hooked” by Molyneux’s long diatribes in which he stares directly into the camera for hours.

“It started off with him talking about anarchy and then he gets into criticizing religion and saying stuff like all the worlds problems are caused by ‘bad parenting,'” O’Connor told VICE. Listening to Molyneux for hours on end, O’Connor convinced herself that her parents didn’t really love her and were instead abusive and manipulative. She also learned that Molyneux has a solution for people who end up falling into this line of thinking: deFOOing, completely dissociating yourself from your family. “[Molyneux’s] theory was that if enough people did this—made this sacrifice—then he would send a message to the world that parents need to treat your kids better,” said O’Connor. “So that’s what I believed I was doing, I was taking part of this mission to protect children.”

“In 2008, believing her family was abusing her, O’Connor completely cut ties with them while distancing herself from friends who questioned her actions. She was convinced by Molyneux that these people were cowards. After about a year, her work life became strained; she was “so immersed in this other world” that she was fired. From here on out she was completely isolated, only interacting with other FDR members either through forums or Skype. While money was tight, she continued to subscribe to Molyneux’s premium podcasts and services, paying about $50 a month. Molyneux became the biggest part of her world—he was her hero, her teacher. “When I was isolated, my whole world was FDR. I would come home and listen to the podcast with a fellow member and we would talk about the podcast and have phone conversations with other people in the group,” said O’Connor.

This state of self-isolation lasted for years. She said Molyneux “had the word, he had the truth, he would tell you what to think about.” However, after getting into the inner circle and seeing how it worked, O’Connor started to pull away. While the reasons were numerous, she told VICE the biggest occurred when one of her friends left FDR. O’Connor expected this friend’s life to crumble after turning her back on FDR—something the group was led to believe would happen—but it didn’t. She saw her friend flourish.

“Something I’ve learned coming out of this is just how much of this there is in the world,” O’Connor said. “It’s so scary because we think of the internet as an incredible resource of information, and I guess we have to realize that a lot of it is bad—a lot of it is bad information.” O’Connor said that she’s noticed Molyneux doesn’t mention deFOOing as much these days, but she still sees followers self-isolating to this day. Molyneux hasn’t turned down the us-versus-them rhetoric. In a recent video, Molyneux asked his followers to send him money because the “big fight” against mainstream media he’s been “gearing up for thirty years” is nearly here.” (1)

I want to draw your attention to the way this poor woman had been deceived through the internet. We read above that this man whose videos she watched “stares directly into the camera for hours.” Hmm…  🙄 That reminded me of something…. Just lately on my prayer walks I passed a certain house with a bizarre garden that has left a lasting (negative) impression in my mind. It seemed to me that God warned me about ‘something’, however, I could not verbalize it yet. As I had no permission from God to take a picture of this garden as it is private, I will try to describe it to you. 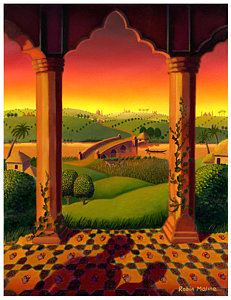 Instead of natural trees, bushes, and flowerbeds, you can look at some strange scenery there. In the background of the garden there is a kind of stage. The scenery covers almost the whole back yard from the left to the right side. You can see a huge colorful painting there on which an Asian-looking landscape is displayed. On the right (spiritual) side of the stage you see a tall Asian man sitting there, seemingly lost in meditation. His head is bald and his eyes, although he is NOT flesh and blood, seem to be staring into your direction as you pass this garden. On the left side of the ‘stage’ there is a big picture with his face on it. This picture is black and white only. But same thing, his eyes are staring out of the picture in a way to you that is chilling, or rather, creepy, to say the least. If you pass this garden in the evening, which I did about two years ago, this whole scenery is illuminated so that you think you are elsewhere in Asia, in a meditation center of sorts, stared at by an Indian guru. I know who this guru is/was as I lately posted a blog post about a woman who had escaped from his cult in the States. It was pretty interesting to me that only after publishing this particular post, I incidentally found out that this ‘statue’ or sculpture ought to represent Sri Chinmoy, too. Actually, it really looks like him as if he was alive although he died in 2007!

To cut a long story short, if you are a bit acquainted with hypnosis, you might know that staring at someone for a long time by delving into their eyes, so to speak, might cause different reactions from the one looked at. First possibility, we feel repelled by such an impolite conduct, we turn your head and let this person stare at whomever they want, but not at us. That would be a good reaction!  ⭐ Second option, we appreciate this person, but cannot stand their gaze. Therefore, we look down… which is still good… but as we want to be liked by that someone, too, we run danger to submit unknowingly to their powerful soulish spirit by doing so. It depends on how the story goes on, that is, if we split up with this strong soulish person or if we stay, in this case above, as we keep watching video after video after video… without perceiving that we got already caught by this online preacher.

The third and worst case is, as it is really devilish, when we get sucked into their eyes by which means a deeper emotional bond has been forged.  😦 It is even love that cult members or devotees feel for their leaders/gurus/online preachers. However, on the other side of the coin, there is the selfish ‘guru’ who loves to bathe in the adoration of many. If nobody can stop him, megalomania will do the rest. By the way, it is also common practice in Scientology to stare at one another, esp. when a ‘superior’ member wants to subjugate an ‘inferior’ member or a not-yet-member.

All these things are no new ideas. Rather, it seems to me that these Asian gurus who have been experts in hypnosis and other kinds of mind control have influenced or even shaped our Western cult scenery A LOT! If you are interested, below is another excerpt, though not a testimony this time. There you might get an impression how we might be pulled away from simply searching for an answer to a question to finding new, even dangerous ‘friends’ on the internet.

“People can easily become enmeshed in online communities that operate with their own media, facts, and norms, in which outside voices are actively discredited. Professor C. Thi Nguyen of Utah Valley University refers to these places as echo chambers. […]

There are some common pathways reported by people who fall into, and then leave these communities. They usually report that their initial exposure started with a question, and that a search engine took them to content that they found compelling. They engaged with the content and then found more. They joined a few groups, and soon a recommendation engine sent them others. They alienated old friends but made new ones in the groups, chatted regularly about their research, built communities, and eventually recruited other people.

“When you met an ignorant nonbeliever, you sent them YouTube videos of excessively protracted contrails and told them things like: ‘Look at the sky! It’s obvious!'” Stephanie Wittis, a self-described former chemtrails and Illuminati conspiracy believer, told Vice. “You don’t even go into detail about the matter or the technical inconsistencies, you just give them any explanation that sounds reasonable, cohesive, and informed—in a word, scientific. And then you give them the time to think about it.”

This behavior resembles another, older phenomenon: It’s strikingly similar to cult recruitment tactics of the pre-internet era, in which recruits are targeted and then increasingly isolated from the noncult world. “The easiest way to radicalize someone is to permanently warp their view of reality,” says Mike Caulfield, head of the American Association of State Colleges and Universities digital polarization initiative. “It’s not just confirmation bias … we see people moving step by step into alternate realities. They start off questioning and then they’re led down the path.”

The path takes them into closed online communities, where members are unlikely to have real-world connections but are bound by shared beliefs. Some of these groups, such as the QAnon communities, number in the tens of thousands. “What a movement such as QAnon has going for it, and why it will catch on like wildfire, is that it makes people feel connected to something important that other people don’t yet know about,” says cult expert Rachel Bernstein, who specializes in recovery therapy. “All cults will provide this feeling of being special.”” (2)

39 thoughts on “Cults in Cyberspace: Just a Mouse Click Away”