“Yea doubtless, and I count all things but loss for the excellency of the knowledge of Christ Jesus my Lord: for whom I have suffered the loss of all things, and do count them but dung, that I may win Christ, And be found in him, not having mine own righteousness, which is of the law, but that which is through the faith of Christ, the righteousness which is of God by faith: That I may know him, and the power of his resurrection, and the fellowship of his sufferings, being made conformable unto his death; If by any means I might attain unto the resurrection of the dead. Not as though I had already attained, either were already perfect: but I follow after, if that I may apprehend that for which also I am apprehended of Christ Jesus.” (Phil 3:8-12 KJV) – Photo by Susanne Schuberth

I have often pondered the thought to close the comments section completely and to remove the LIKE buttons, too. The reason why I have not done it until now was that I appreciate feedback on what I write and that I have learned a lot from commenters as well. However, it has become clear to me that this continued struggle to moderate or to not moderate responses, or to eventually delete replies I had moderated before as another hidden evil spirit finally manifested in a longer comment thread, this struggle is quite exhausting for me and it is very distracting at that. I sooo love and long to hear God’s voice through commenters and, dear reader, sometimes it really happens! There is a handful of faithful commenters who only weigh in when they have something encouraging to contribute. They act cautiously and lovingly, pondering on what God might have to say. As for these, I paste a quote I found today on my daily Catholic kitchen calendar. It reads,

“A friend is someone who takes your hand and touches your heart.” (Author unknown)

On the other hand, there are commenters who either have an answer to every question that might arise or they weigh in with phony compliments in order to snow you, but when you disagree with their advice on what you should do or not do, the viper comes out. It was Michael Clark who pointed me to this phenomenon in Christianity I was not aware of before. Meanwhile I have seen that there are truly a lot of vipers around, not only on the internet! I have also come to know some believers of this specific sort here in Germany. Whenever you have to do with them, at the very first moment they seem to be innocent and really interested in what you have to say. But as for me, I always get a strange feeling, even at the very first moment of spiritual contact with such snaky and creepy creatures (i.e., the demons behind these human beings). Problem is, I cannot explain it right at the outset since it is a mere spiritual perception.

Here it is important to not listen to Satan who tries to ridicule this initial spiritual impression by telling us how unloving we were since, sooner or later, we will observe that these people start to inject their poison as their old nature’s pride raises its ugly head and they want to rule over us. The demons that drive these people want us to submit to their arrogant and authoritative manners in order to pull us away from God. In such cases, it is good to know that we do not need to be ‘nice’ with these guys. As many of these little ‘gods’ might sneak around on the net or elsewhere, we need to split up with them, even ruthlessly. That does not mean we should not pray for our enemies, but fellowshipping with these false friends must be avoided by any means.

Just lately as I have not been doing very well, I heard some weird advice on what I should do or not do, both from people around me, on the phone, and on the internet as well. Of course, you could say that they simply wanted to help me. However, brother and sisters, I am not that naïve any longer. If someone claims to have compassion for what I have been going through and I refuse to accept their pre-formulated ‘prayer weapons’ to fight against Satan or I say, ‘No!’ to their biblical/worldly advice because I could not hear My Shepherd’s voice through them, are they not of another spirit when they attack me later for not having listened to THEM?

I am really saddened about the fact that many uncrucified believers who are well-read and educated are so easily accepted. In fact, it is dangerous to simply listen to someone, only because they quote Bible verses or appear to have something impressive to say. If they do not speak from their own experience, they do not speak from their hearts, either, and therefore they do not really understand the one who is suffering. Faith is a matter of the heart, not of the mind which should follow the heart always. Whether the spiritual label we might use for these demons behind a believer or non-believer is viper, fox, dog, swine or other, I thought this excerpt from Joseph Benson’s Commentary on Matthew, chapter 3, verse 7 could be helpful. He wrote,

“O generation of vipers — A wicked offspring of wicked parents, crafty, malignant, mischievous creatures. In like manner the crafty Herod is styled a fox, and persons of insidious, ravenous, profane, or sensual dispositions, are named respectively by Him who saw their hearts, serpents, dogs, wolves, and swine; terms which are not the random language of passion, but a judicious designation of the persons meant by them. For it was fitting such men should be marked out, either for a caution to others, or a warning to themselves. Who hath warned you to flee from the wrath to come? — To put on this form of humility and repentance? What hath moved you to it? How came you to think yourselves in any danger of divine and future wrath, or to use any means to escape it? since you Pharisees think yourselves secure from it, on account of the sanctity of your lives, and you Sadducees imagine there is no such wrath, and that all that is spoken of it is a mere fable and delusion?”

In this quote from Benson we might see how dangerous it is to simultaneously have an uncircumcised heart and to claim to be a believer in Jesus Christ since our old nature’s heart is terribly wicked and will always seek to have its own way, both with us and with others. Usually, God is the last one in whom our Old Adam nature is interested unless He acts as we wanted Him to. If someone cannot believe what I just stated, they might ask God to search their hearts relentlessly. Please, dear reader, let us not be deceived about our own wickedness! If we merely relate to ourselves and to others by avoiding to seek God’s heart and His will for our life, we run danger to simply be part of horizontal (*) Christendom and not of the Church, the Bride of Christ, whose only Head is Jesus Christ in heaven. Indeed, we must be vertically joined with Him through the Holy Spirit before we begin to speak up and act for God in a ‘horizontal’ manner with other Christians and non-Christians here on earth.

(*) this is a term Michael Clark pointed me to as well 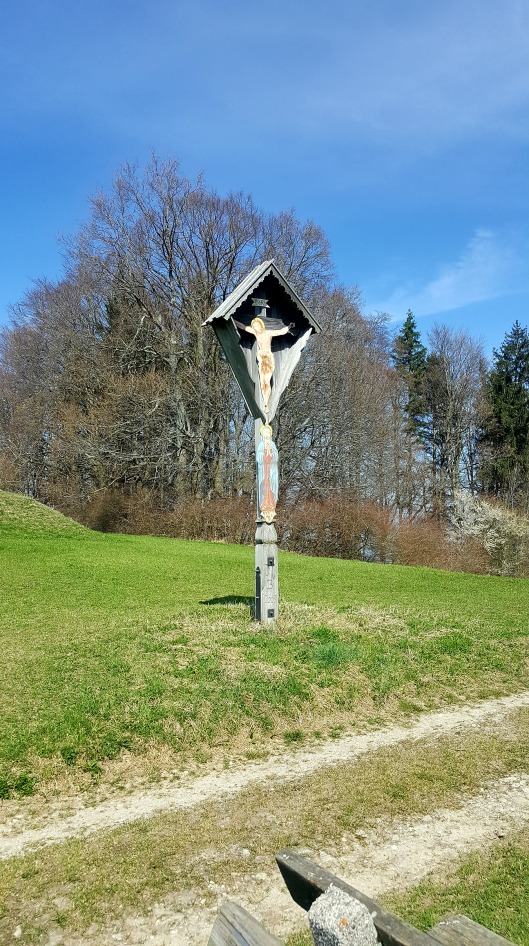