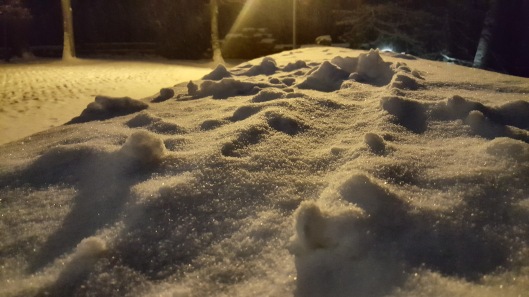 In recent weeks I got more and more aware of the fact that there has been an alarming trend in (public) Christianity to migrate from often times good beginnings as believers in God and Christ to one of three seemingly different camps of Christendom. Let me give you my observations for this assertion.

The first type of Christian that caught my eye was the theologian-ex-pastor group that had left the church for reasons that were real in my view, that is, they clearly saw the flaws of organized Christianity. However, the problem that arose was this: If someone has been called out of the church system by God, but does NOT experience the cross of Christ in their daily lives afterwards, these pastor-theologians will sooner or later start to act as their uncircumcised old self nature suggests by spreading their own (false) theological stuff in another area/group/home church/on the internet etc. or, worst case, they stumble over/into many sins, no longer recognizing that these severe temptations were being offered by Satan. If you happen to meet former blogger pastors and theologians on the internet, you might be as astonished (read grieved and partly repelled) as I have been lately. One of these guys seems to slip from crisis to crisis, from scandal to scandal, not knowing where he goes in this darkness with no light from God. If he only saw that he was in darkness! But no… he keeps preaching what he thinks is from God. ☹ And then the money problem that arises outside the church without any other job. People are asked to …DONATE, DONATE, DONATE… You see, as it is inside the church, so it is outside if God is not present nor obeyed. 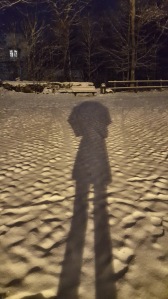 Dropping by another guy’s blog where I once commented, too, I really had to hold my breath. At the first moment it seemed to me as if he had pasted Bible verses and transcribed them pointing to himself instead of pointing to Jesus and God.

“Listen to MY podcast….. Read MY books…….” And last but not least……. “Come to ME and join my online disciple group” (since his blog is only for members now).

You see, as it is in churches, a hierarchy of sorts begins to evolve again. The former pastor wants to teach his (!) disciples, even if only online. Don’t we merely need ONE SHEPHERD, ONE TEACHER, and ONE LORD to whose voice we should listen? Isn’t it enough to be led and taught by the Holy Spirit Jesus has sent? But unfortunately, if someone really obeys God, he won’t be popular any more. With a godly disciple you can’t make money at all because they come and go like the wind, just as God leads them. No plan, no schedule, no boss whom they would obey if he himself has not submitted to God.

The third party that was eye-catching for me is of another mentality. Often times these not so much intellectual but mystical theologians come from Catholicism or from liberal Protestantism and Evangelicalism. I see this particularly in Germany although I know they exist elsewhere as well. These guys jumped on the bandwagon that has sloshed across the Indian Ocean from Asia already many years ago. They do not only know theology and doctrine, sometimes they are experts on ZEN meditation and other Buddhist contemplative disciplines as well.

Worst thing is, they offer a mix of lies and truth that originally descended from real experienced contemplation (i.e. from beholding Christ in the Spirit) and the idea that you need to empty your mind on your own. Alas, they have no clue that there are other spirits around who are waiting eagerly to get hold of the human spirit in order to blind them toward the truth with their deceiving ‘light’ which is darkness, basically. Indeed, they do bring light, yet it comes from below. Satan’s other name ‘Lucifer’ derives from the Latin language as the one who is to bring (ferre) light (lucis, which is genitive case for lux).

Brothers and sisters, to me it has been a heavy burden on my heart to observe how little the truth is believed in Christendom. Especially those people who left the Institutional Church (IC) for the proper reason are in danger to be deceived again and again if they keep listening to man and to their old self more than to God’s small and still voice that calls them out of ALL manageable systems so that they can follow their personal Shepherd instead.

May God keep us from being deceived. Amen.