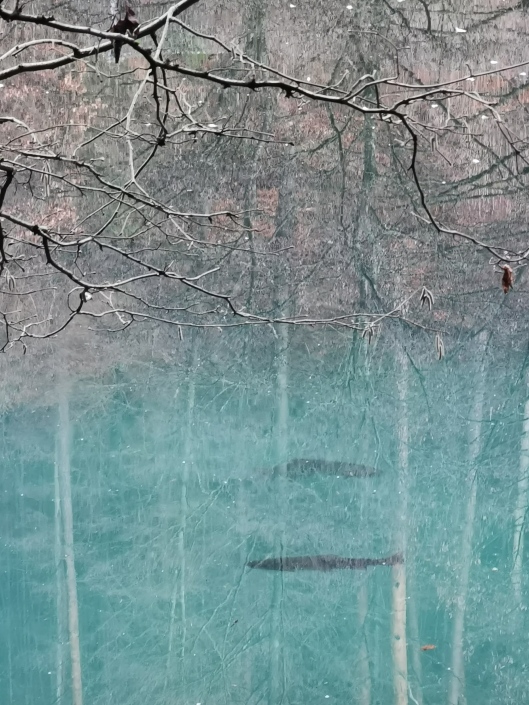 In December last year, less than one month ago, God made me emphatically aware of a certain Scripture. Sometimes I read the Scriptures on my daily Catholic kitchen calendar and I am bored. Sometimes they speak to me and I keep them, however, very rarely I sense that God is ‘shouting at me’ through them. The latter happened as I read the following verse below.

It was as if God made me believe the truth expressed above as soon as I had read it. Afterwards I was wondering what time or incidents He might have referred to. As I have had an anxious personality all my life, I doubted that God might be done with me regarding this before I leave this earth, eventually. I cannot say that great miracles did happen since then but I sense more freedom in several areas of life I always tried to control by this or that ridiculous human means.

Just lately as I pondered again on the WHY God let me suffer from different toothaches for three and a half years now without any doctor or drug that could really help me – although it got partly better meanwhile – my worst tooth broke into pieces last Sunday. It was the last tooth that made it possible for me to really chew upon while eating and I wanted to keep it as long as possible despite the pains. I already have one dental implant yet I recall it was a horror for me as I would have extreme pains for a half year where I suffered from sleep deprivation and mental problems because of this implanting.

Today I do not have the money for two or even three dental implants I would need and I have had no leading to decide anything about it, either. Therefore, I have been waiting for His direction and I sensed nothing….. but His peace. Although… out of the blue there was the freedom to get rid of this tooth also. THAT was a miracle God had worked in my heart, indeed!

This afternoon I went to the dentist after I had called him. I felt that God had led me in His proper timing as I was bathing in His peace and joy, ready to have this particular tooth be pulled finally. However, as I was walking downtown, God showed me certain signs (mainly numbers and letters) through which He promised me to help and work a miracle. Unbelieving Susanne, though, was rather inclined to believe God was pointing to another more important issue in the future, not to such a ridiculous and unimportant thing like a small tooth that enables me to keep chewing on meat and nuts, for instance.

After I had got the injection, I was surprised at how long the dentist needed until he would begin to pull the tooth. He was working more on it than usual! Unable to speak I prayed and wondered and prayed and….. In fact, the dentist reconstructed the tooth which I had not expected at all!! This 3 1/2 – years pain in this particular tooth had left me on Sunday already as it had broken into pieces (thank God, my other toothaches are not that bad anymore). And now I can really keep this (for me) important tooth?? It seems to me I tend to keep preaching that God loves and protects us even regarding the tiniest little things yet did I believe it myself? 🙄

Some years ago as more and more fears popped up from my subconscious mind, I received a wonderful gift from a precious American brother and friend. At that time I struggled particularly with the fear of the impending death of loved ones. I feared that we might lose our daughter after our son also. How often I have tried to get rid of these fears I cannot count anymore. But God slowly opend up every wound and dark cellar of my heart in order to let His light shine in.

That process has been painful and I often thought it got even worse instead of better. But God ALWAYS keeps His promises. When the time is right, His promises will be fulfilled. In contrast, no human being can be trusted regarding their promises, God alone is faithful (cf. the Bibles verses below).

I am not going to reveal the name of this brother myself, yet I dare to post a picture of the figurine I received from him. Immediately as I had read the Scripture engraved on it, I would know that was God speaking to me (somehow ‘loudly’). 🙂 Since then the figurine has been kneeling right beside my computer in the office and whenever I checked the verse again, I wondered, “Lord, how long….” Today I can say that almost all my fears have been increasingly replaced by His peace. If that is no miracle, I don’t know…

All images © Susanne and Paul Schuberth 2020

9 thoughts on “Do Not Fear Anymore”