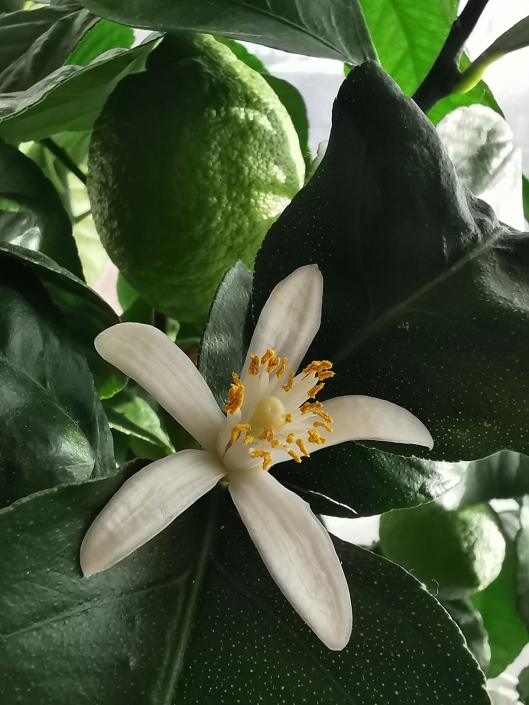 It has been a very long time since Michael Clark and I wrote our last joint article. As we are both dependent on God’s leading and inspiration, we know that we cannot ‘produce’ any blog post unless the Holy Spirit nudges us to write and publish. We are also aware of the fact that Satan has tried to destroy our spiritual fellowship more than once during the last nine years. These continuous onslaughts by the enemy are something we cannot fight against unless we use spiritual weapons since the devil is a spirit, too. It seems when you and I, dear brothers and sisters, are seeking fellowship with someone who is like-minded with us, the devil is instantly ready to fire. T. Austin-Sparks in his article “Spiritual Warfare” (1) wrote,

END_OF_DOCUMENT_TOKEN_TO_BE_REPLACED 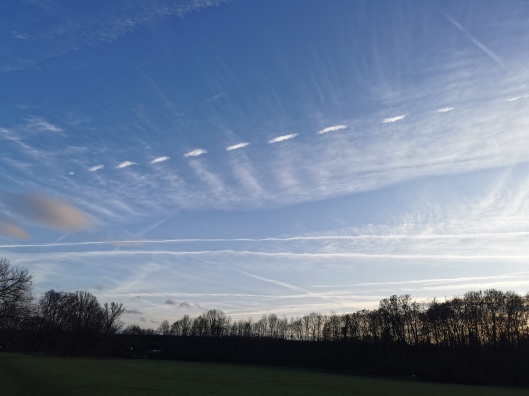 In order to illustrate the contrasting pair I chose in this title, I will give you an example. Just think about someone who has been hurt deeply by another person. The pain they feel can neither be forgotten nor does it seem that it will ever be healed. Since we as human beings do not want to feel pain at all, we might choose different ways to protect ourselves in the future. Some people suppress all their negative feelings, others tend to talk about it often, and others again seek revenge up to a certain extent. There might be even more ways to deal with such suffering on a permanent level, yet none of these methods will ever set us free. Quite the contrary.

END_OF_DOCUMENT_TOKEN_TO_BE_REPLACED 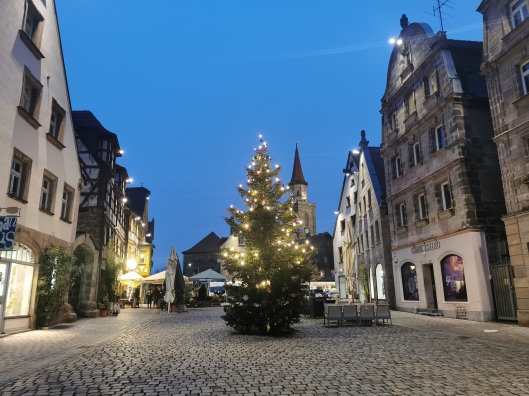 I do not want to anticipate the result of my latest struggles yet, however, I can tell you that I started to see that getting to know God’s thoughts on everything often comes from listening to the Holy Spirit during our more silent times of the day. I got a confirmation of my deliberations from T. Austin Sparks whose article on prayer I am going to mention further below again. (1) Alas, it is so easy to get sucked into the busyness and distractions of our everyday life that we usually only feel a bit uneasy when we are confronted with some unexpected “thing” or an unexpected “someone” in the middle of the day. We might not know where this discomfort has come from, but God knows. Whether He shows us the reason for IT through Scriptures, in dreams, or visions – as I have said before, that is not important. What is important, though, is that God wants to tell us something in order to set us free.

END_OF_DOCUMENT_TOKEN_TO_BE_REPLACED 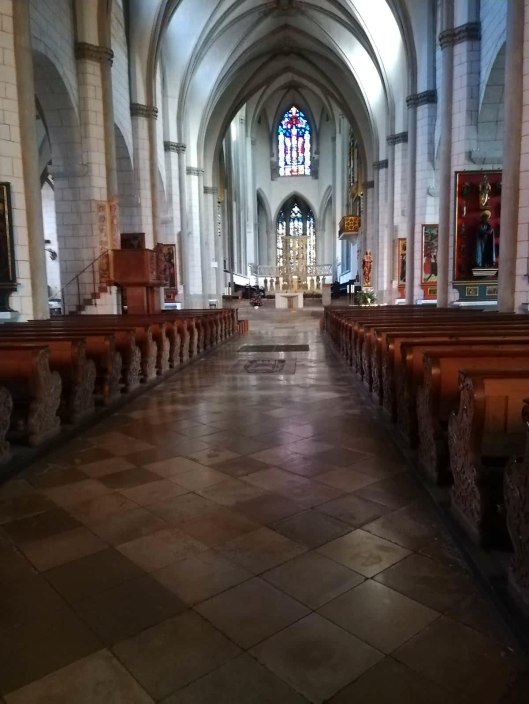 “And I heard another voice from heaven, saying, Come out of her, my people, that ye be not partakers of her sins, and that ye receive not of her plagues.” (Rev 18:4 KJV)

I read the related article (partly, at least) and then went back to a chapter before which deals with “The Cross and Deception”. Even yesterday I had a talk with one woman who is still church bound, a fact that turns out to be a burden for her at times, and another woman who seems to love Jesus, too, yet who is still seeking for a place or a group where she feels spiritually at home. The only thing I can do for these two women is to pray that God gives them a hideaway where they cannot only rest before Him, but together with fellow believers IN Him also since it is so important that we “[b]ear one another’s burdens, and so fulfill the law of Christ.” (Gal 6:2 KJV). On our own, it is so much harder to keep walking uprightly before God, isn’t it? So, here is TAS with his apposite deliberations on the dangers of a mere outward religious life.

Deceived by religiousness. What more can be expected than the recognition of the fact of God and the giving to God of reverence, acknowledgment, and recognition: of taking active interest in things which relate to God, attending religious services, and being very busy in religious activities and interests, and finding your chief interest in religious things and the religious realm? What more can be expected? What is the matter with that? Be patient, bear with me if I say with very great emphasis: that may be one colossal delusion. So often that very thing obscures one fundamental thing, a true and living relationship with God. “Ye must be born again”, and religion very often obscures that issue. Oh, religion is no argument for salvation. Religion can be found in the darkest places of the earth. Universally there is religion; depraved and very low in many places, but universally there is the consciousness of standing in relationship to some supreme object of worship, demanding worship; and then men’s minds or imaginations get to work to give some kind of expression to that consciousness, of that supreme object of worship, and the imagination produces that sometimes out of a tree, a stone, or in the heavenly bodies; somehow it is expressed, but it is the thing that is there, behind all the forms of expression which is universal. All the highly civilised forms of that brought into the realm of Christendom are only the same thing developed. It does not say that Christendom’s more intelligent, civilised, educated interpretation of God, even though it gets its ideas from the Bible, is salvation. It may be a mighty delusion and very often is.

END_OF_DOCUMENT_TOKEN_TO_BE_REPLACED 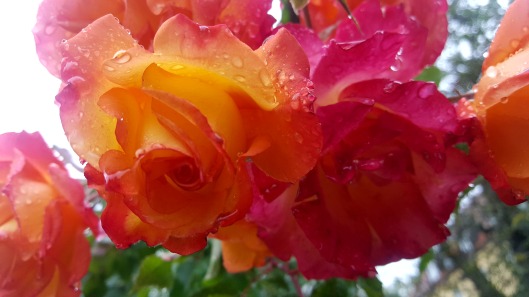 Spiritual wildernesses do exist. Dry spells where you are tempted to believe you pray to a wall as nobody seems to hear your requests, they are real to the one who gets closer and closer to God. As illogical as it might seem, people who do not really seek more from God have less problems with prayer as they do not really expect God to answer them, either, when they keep clinging to pre-formulated prayers and hymns. However, can our relationship with our Creator ever be business as usual…?  🙄 In fact, if we truly want to feed on the living God, we must quit our comfort zone and cherished traditions because seeking God is always an adventure! An adventure that can be both exhausting and rewarding, unnerving and intriguing. Or as T. Austin Sparks put it so well,

END_OF_DOCUMENT_TOKEN_TO_BE_REPLACED 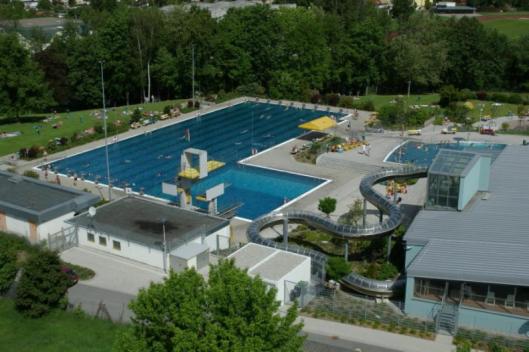 Strange… during the last two or three weeks I thought about writing another blog, but I was either too busy with visiting our family members who live scattered in Bavaria or I felt no inclination to start writing on the computer because of summer time. Many plants (about 130) on our two balconies and inside our flat need to be cared for, too. Honestly, I like gardening more than being on the internet and swimming in the outdoor public pool (s. picture above) was more attractive to me as well. It is only in water when several body pains disappear and therefore I swam more than I walked lately. 😉 In Germany we experienced a first heat wave in April, which was VERY unusual, and it seemed hot summer did not want to take a break in May, either. Eventually, today it began to rain a bit which has been much needed by nature and so I sat down in front of the computer, wondering what I was doing here. 🙄 Again, no inclination to write. As I checked the latest file on my thumb drive which is called “New Post”, I saw that I had written this very thing beneath on May 25th already. Forgetful Susanne! 😊 So, now here you are… the rest of it at least… which means I deleted some details that did not speak to me today any more.

END_OF_DOCUMENT_TOKEN_TO_BE_REPLACED 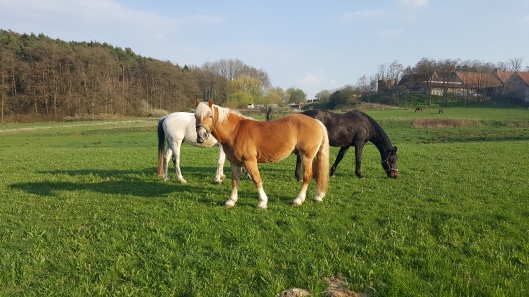 This is not a new post. I put this article as a featured blog entry before all others on my home page since after rereading, I just found out that this writing expresses now, more than one year later, a lot of what I have been going through since then. As for publishing new and inspired blog posts, I will have to wait for Him to inspire me once again in the days ahead, whenever that may be. 😉

Lately I began to wonder when this seemingly endless process of dying to self finally would be over. To be completely honest with you, I had given up any hope of ever seeing His light again, just as the apostle Paul said here, “… we were so utterly burdened beyond our strength that we despaired of life itself. Indeed, we felt that we had received the sentence of death. But that was to make us rely not on ourselves but on God who raises the dead.” (2 Cor 1:8-9 ESV) Just now as I checked the context of these verses, I saw some encouragement I unintentionally had ignored before. Paul wrote there,

END_OF_DOCUMENT_TOKEN_TO_BE_REPLACED 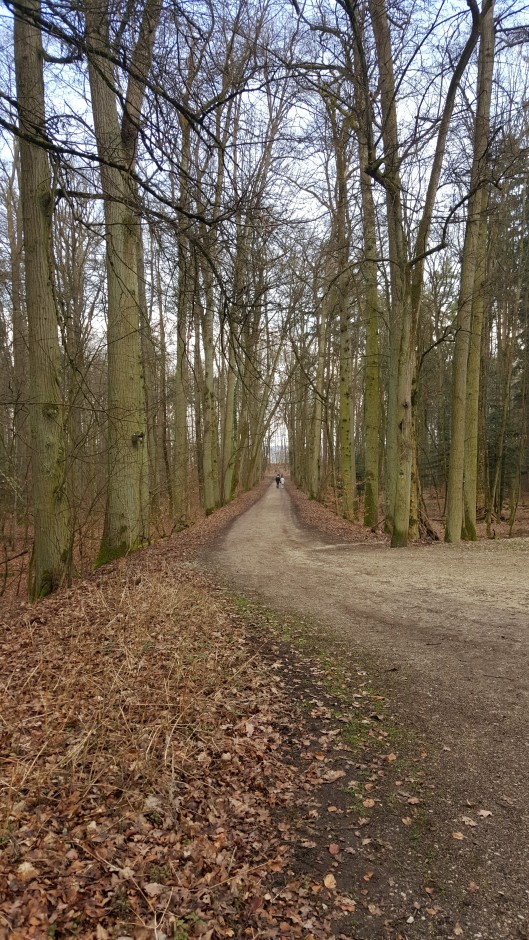 The Way that leads to LIFE is long and hard (Mt 7:14), but every path comes to an end, finally…
(Photo by Susanne Schuberth)

The following excerpts from T.A. Sparks make clear the difference between the natural man and the spiritual man who allows himself to be guided by God 24/7. We cannot reach this blissful state unless our old self has died completely since only then we are “transferred” or baptized into Christ (see Gal 3:27) and are enabled to enjoy a life of perfect obedience to Him. We may know that it is a process, a long process, until we utterly despair of our old Adam nature and leave it all up to Him. But once we have died to our old self, Christ’s resurrection power begins to flow into a renewed mind and into a completely new heart that was given by God also. And from that time on, REAL LIFE in the kingdom of God begins. What I meant by ‘real life’ is a spiritual life that no longer knows the sting of death. These who “loved not their lives even unto death,“ (Rev 12:11 ESV), or in other words, these believers who hated their old self life, are enabled to enjoy God in all circumstances instead, just as Jesus promised us here,

Eventually, here is T.A. Sparks’ exposition on ‘Fellowship with God’ which I found to be very helpful for me. I hope it serves you too, dear reader. As a side note, I became aware of this article by TAS as I read another quote from him in this blog article by Becky Johnson yesterday. Thank you, Becky! 🙂